Join us as we launch the Garden Issue this Sunday, April 18!
And any time before April 19, subscribe and we’ll send you Garden and An Ecotone Almanac too.

Ron Rash is the author of the 2009 PEN/Faulkner finalist and New York Times best-selling novel Serena, in addition to three other prize-winning novels, One Foot in Eden, Saints at the River, and The World Made Straight; three collections of poems; and four collections of stories, among them Burning Bright, which won the 2010 Frank O’Connor International Short Story Award. A two-time O. Henry Prize winner, he teaches at Western Carolina University. 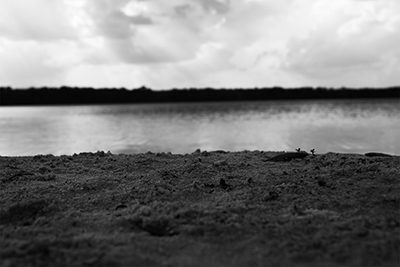 The man took a beer from the cooler, his third in half an hour, picked up the rod and reel, and walked toward the pier.

With a green rabbit’s foot clipped on his belt loop, a silver four-leaf clover dangling from his neck, Danny has brought all the good luck he could find. As they drive past a billboard advertising Harrah’s Casino, his free hand…
Fiction  –  Issue 10

A Sort of Miracle

Baroque wished he and Marlboro were back at the house watching the medical shows with their sister, Lisa. Instead, they were in a truck with Denton, their brother-in-law. Baroque wasn’t used to Denton being this nearby. Denton was an accountant,
Fiction  –  Issue 7

After the third fire in two weeks, there was less talk on the TV and radio stations about careless campers or teenagers stupid enough to think torching a national forest a harmless prank. Not three fires, the park superintendent and…