Sara Pearson and Patrik Widrig, artistic directors of PEARSONWIDRIG DANCETHEATER, have gained an international following for their concert stage choreography, site-specific dance installations, and community performance projects since 1987. Supported by numerous national and international institutions, including the National Endowment for the Arts, USArtists International, the Rockefeller and Harkness Foundations, the American Music Center, the Asian Cultural Council, and the Maryland and New York State Arts Councils, they create and present “appealingly subversive, engaging, wry, and deeply affecting work” (the Washington Post) for the stage and alternative sites throughout the United States, Europe, Latin America, Asia, and New Zealand. They have been professors at the University of Maryland’s School of Theatre, Dance, and Performance Studies since 2009. 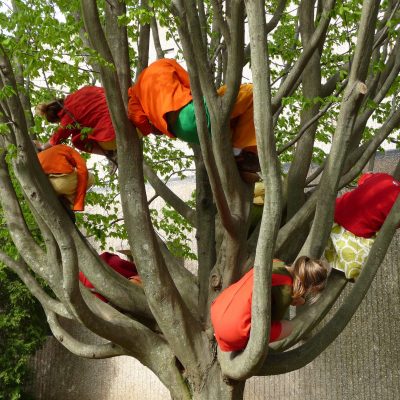 Creating site-specific dance performance is a love affair, beginning with a profound connection to the heart of a particular place. Whether it be dancing throughout a historic coal processing plant turned UNESCO World Heritage Site in Essen, Germany, on the grounds of a Buddhist temple in Kyoto, Japan, or in rowboats in New York City’s Central Park, the first date, the first step in our creative process is to listen deeply in stillness.