In 2017, I lived in two antipodal places in Southern Spain and Northern New Zealand, only one hour away from the exact antipodal coordinates for each: Rota, in Cádiz, Spain; and Muriwai Beach, New Zealand. This made them virtually the farthest places from each other I could inhabit— 12,391.34 miles apart. In Spain, I started to make maps that included elements of ancient maps of both Cádiz and New Zealand, superimposed with lines that reference longitude and latitude, which are in turn directly related to the way we tell time. The map featured here also shows shapes of antipodal landmasses with East at the top, which is how earlier maps were oriented. I wanted to break the notion of “North is up.”

I chose a location on the beach in each of these places, and for 29.5 days in each, took video footage at the same spot every twelve hours, controlling every variable possible, but not in control of the result. I also collected soil samples each day at the two locations, each different in consistency and humidity.

The video I made of these places, a still from which  is included on the following page, shows footage of each location, twelve hours apart. The middle section of the image is an overlap of these two moments, creating a sense of ambiguity of time and place. Each day, the wind moved, the sand moved, the earth moved, the water moved, people moved, I moved, and time happened. 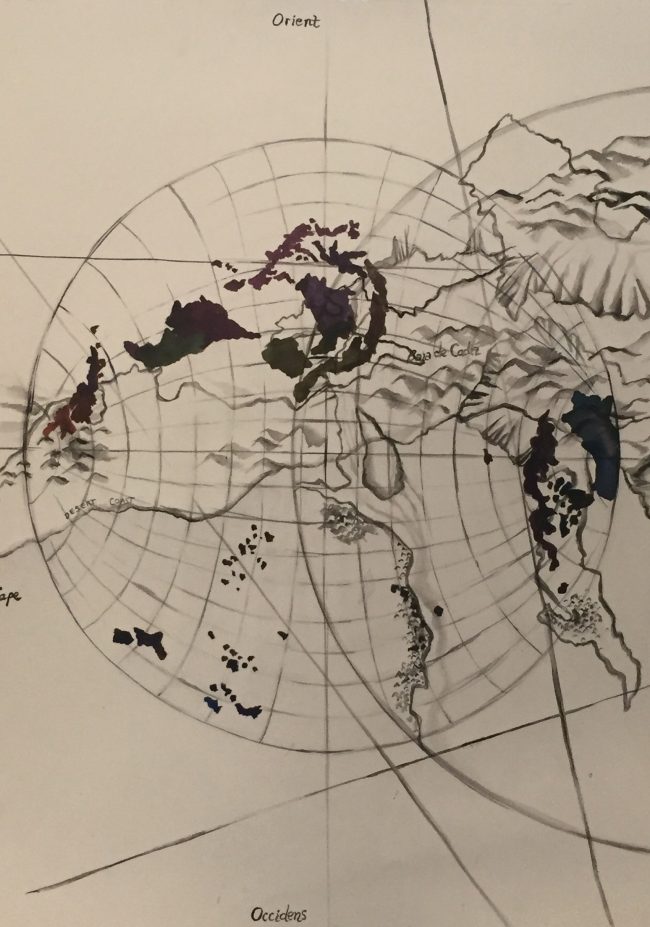