Six miles high and southbound, I watched the New Jersey coastal wetlands unfurling below me, a green carpet decorated with meandering blue threads of tidal creeks. And then a curious apparition slid into view—an alien handprint on the landscape, a maze in the marshes. It was a residential neighborhood where fingers of land and fingers of water interlace. Later I learned the place is called Mystic Island, although it’s not an island, and I can’t see much that’s mystical about it.

Sixty years ago a real-estate developer had the idea of selling vacation cottages here, and making every parcel of land a waterfront lot. You could park your car out front and dock your boat in the back. Achieving this goal puts some unusual constraints on the layout of the streets. If every house is to be reachable both by land and by water, and without bridges or tunnels, then there can be no closed loops in either the road network or the system of canals. No lakes, no islands. Every street must be a dead end; likewise every canal, or “lagoon,” connects to another waterway only at one end.

Because of this peculiar design, any two points within the Mystic Island community are connected by exactly one land route and one water route. Consider the two purple dots near the middle of the maze. They are very close if you are traveling by water—it’s an easy swim—but the overland path is long and convoluted, with about a dozen turns. For the two red dots, the situation is just the opposite. By land you have only to cross the street, but the water route is quite roundabout.

Having a unique shortest path between any two points makes this layout­ the antithesis of the urban gridiron plan, which offers many routes to choose from. In midtown Manhattan, when you walk from Penn Station to Grand Central Terminal, you must go four blocks east and ten blocks north, but those eastward and northward blocks can be interleaved any way you wish. There are exactly 1,001 ways to do it. You could make the trek every day for almost three years and never go the same way twice.

One more peculiarity of the Mystic Island maze: Although the boundary line between land and water is long and crinkly, it’s also a single, continuous path. If you start at one of the yellow dots and trace the shoreline, you can follow the boundary between blue and tan all the way to the other yellow dot without ever lifting your pencil from the paper.

Viewed from a window seat aloft, the straight lines and sharp angles of Mystic Island mark it as a product of human artifice. And yet the same basic architecture, with somewhat softer contours, appears in many natural settings. The human lung has the same branching structure, and for roughly the same reason: to maximize the area of interface between two phases (air and blood). The kidney is similar too, and at a smaller scale so are various compartmental organelles inside the living cell. And then there are trees. Any squirrel can tell you that when you climb up a tree from the trunk, branches diverge but never join together again, just like the peninsulas of Mystic Island.

A year after spotting Mystic Island from the air, I had a chance to check out the ground truth. I rode into the neighborhood by bicycle, and began exploring the mainstem roads and the side streets that branch off from them. Immediately I learned another lesson, a corollary of the unique-pathway principle. Wherever you go in this community, you’ll be doubling back over exactly the same path on the return trip. There is no way to go around the block, no alternative to retracing your steps. 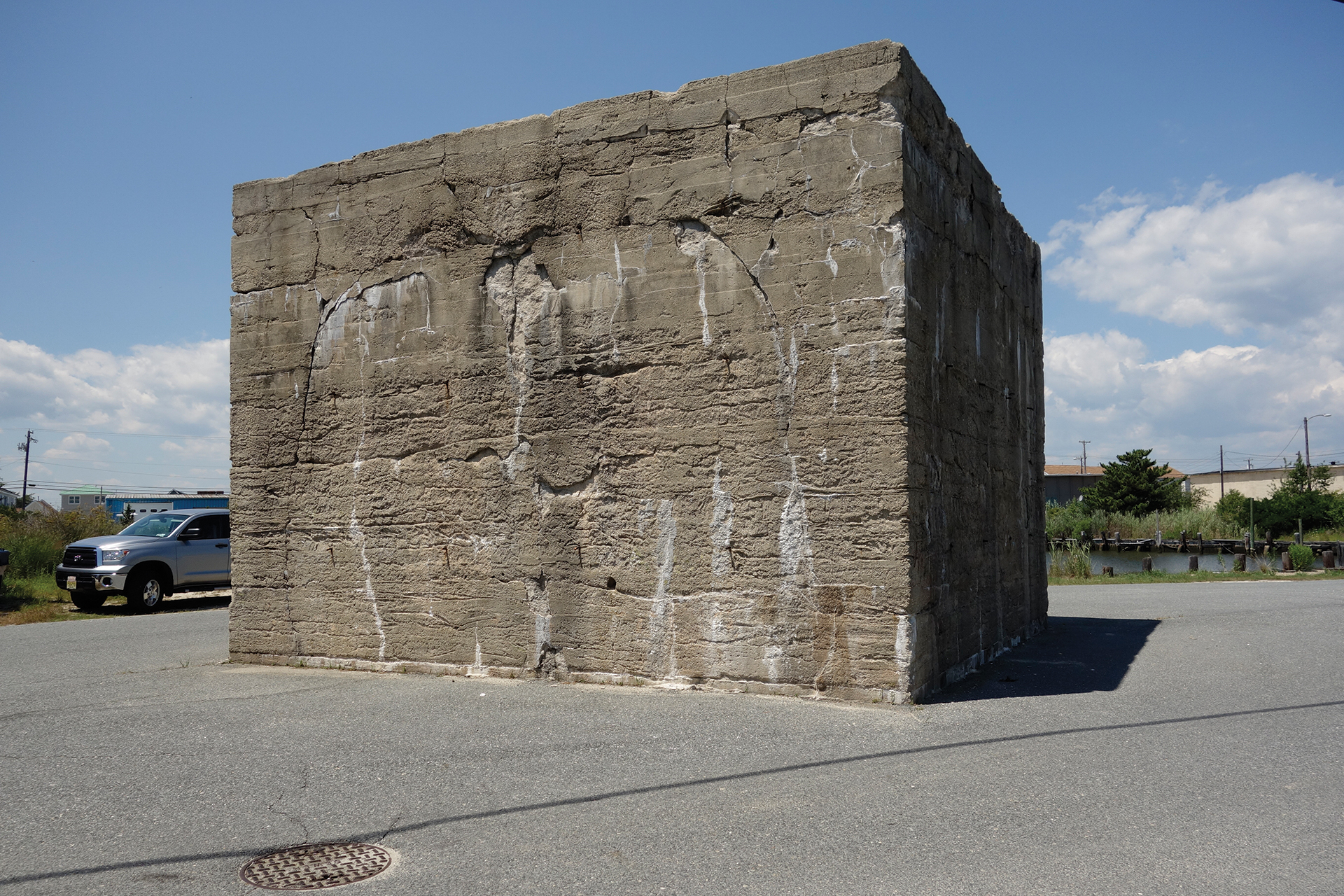 In preparing for my visit, I had been wondering if the place might feel a little like Venice, with all those canals and lagoons. No, it just felt like New Jersey. I pedaled out to the farthest extremity of the development, where a small beach offers a view across the bay to the Trumpery of Atlantic City. All around me was familiar territory. My mother was born less than five miles from here, in the little village of New Gretna. As a small boy I visited the family homestead and swam at a beach much like this one. The casino towers didn’t exist then, and neither did much of Mystic Island. But one mustn’t overly romanticize the past. These marshes were not pristine nature preserves even in those years. The site of Mystic Island was then occupied by an enormous trans-Atlantic radio transmitting station, built by a German company early in the twentieth century and commandeered by the American military in World War I. Blocks of concrete the size of houses, which once anchored the antenna towers, are still scattered around the neighborhood.

Some things haven’t changed. The biting flies called greenheads were a terror in my childhood. To fend them off I would stay submerged up to my nostrils, like a crocodile, then sprint to the car when it was time to go home. Now the greenheads again drive me from the beach, back to the streets and lagoons of Mystic Island. 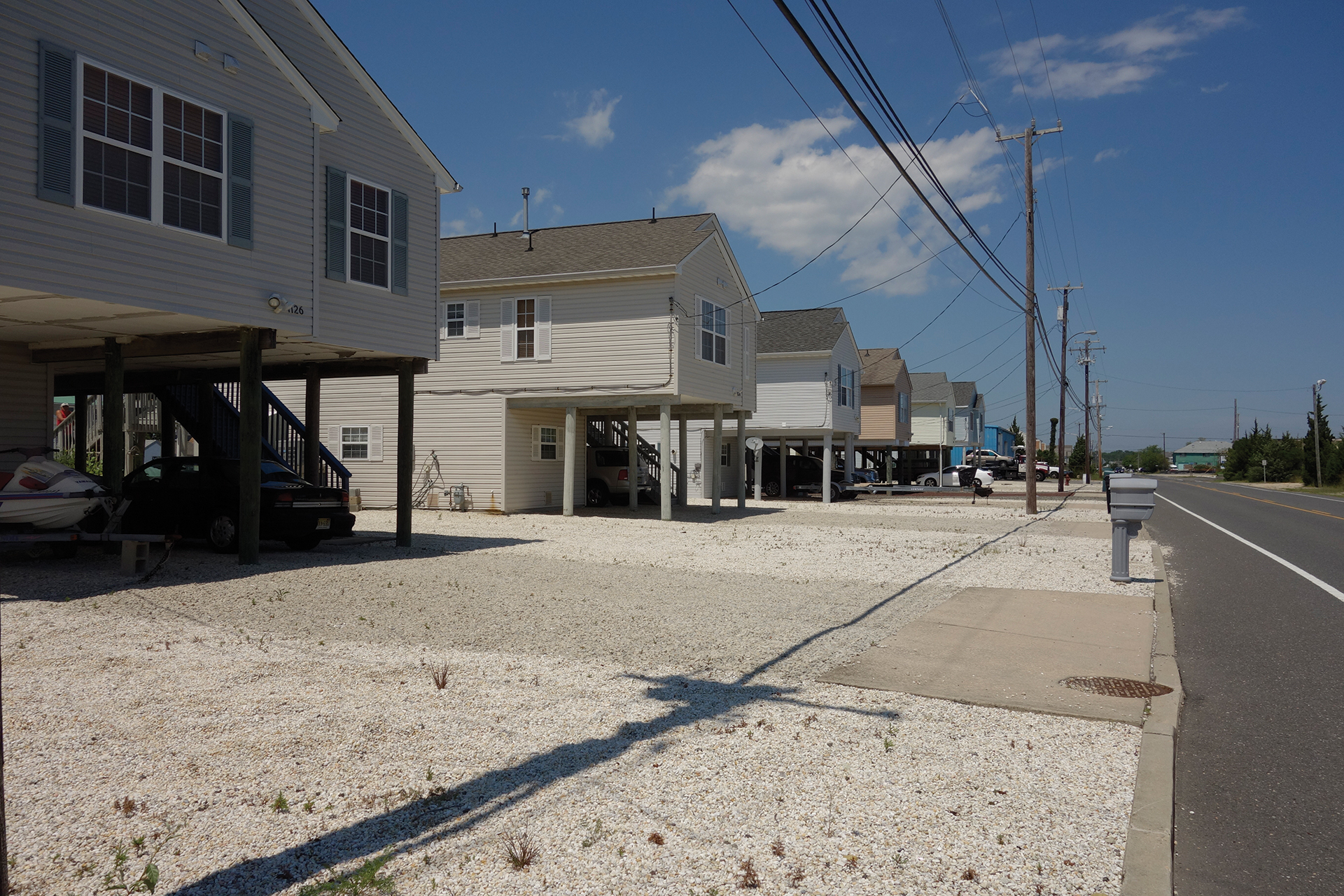 In some areas the original little bungalows have been replaced by grander homes. The new ones are on stilts, allowing the high tides that occasionally flood the streets to sluice through the foundation without doing too much damage. Yet surely everyone knows that Mystic Island is a temporary feature of the local landscape. That long, crenellated boundary line between land and sea is not a frontier that can be defended indefinitely.