As we were busy putting together this issue devoted to the theme of sound, student architects from the Estonian Academy of Arts were installing the three large-scale megaphones featured on our cover. In a densely forested area of the Pahni Nature Center, near the Latvian border, the wooden structures point into a small clearing and amplify the forest’s sounds—the clatter of rain, songs of birds, and flights of squirrels through rustled branches.

The installation was inspired by Valdur Mikita, Estonian semiotician and author of Linguistic Forest, who sought to build a forest library. Along with him, first-year students in the Academy’s Public Forest Library course took to the woods for inspiration when tasked with proposing designs. But as instructor Hannes Praks told the Huffington Post, “The seminar failed utterly, because after half a day of intellectual chatter, a helicopter started to circle the forest and a moment later the woods were filled with police. The reason—a local granny had gone mushroom picking and had got herself lost.” Students joined in the search for the woman, who later returned home of her own accord, complaining only of a stuffy nose.

Back at school, the students couldn’t solve the impracticality of exposing books to winter in the forest. “At this point Birgit Õigus saved the whole project,” Praks said, “figuring out that instead of reading in the forest, you should rather aim to read the forest around you.”

Gracefully photographed here by Tõnu Tunnel, the resulting structures are each three yards across—large enough to shelter several hikers—and double as camping areas, outdoor classrooms, cultural event spaces, and refuge from sun and rain. During the unveiling, they served as stages for performing musicians. Praks says, “The symbolic shape of the megaphones helps the user to focus and listen, but it can also be used in reverse, to amplify the sounds you make yourself. . . . You could also call out for a lost mushroom picker.”

Forests cover more than half of Estonia and are home to animals from elk and lynx to European mink and beaver. “The trademark of Estonia is both the abundance of sounds in our forest as well as the silence there,” Mikita told designboom. “In the megaphones, thoughts can be heard. It is a place for browsing the book of nature, for listening to and reading the forest through sound.”

Or, as architect Aet Ader describes on the project’s website, “It’s a shift in scale, an unexpected, absurdly large object in the tranquil deep woods. It’s an extremely symbolic reference to the sense of hearing and to the process of listening. You can sit down comfortably in each of the megaphones—the sides offer support for your back at the right angle, and frame the sky on one side and moss and blueberries on the other. The installation shakes the perspective.” 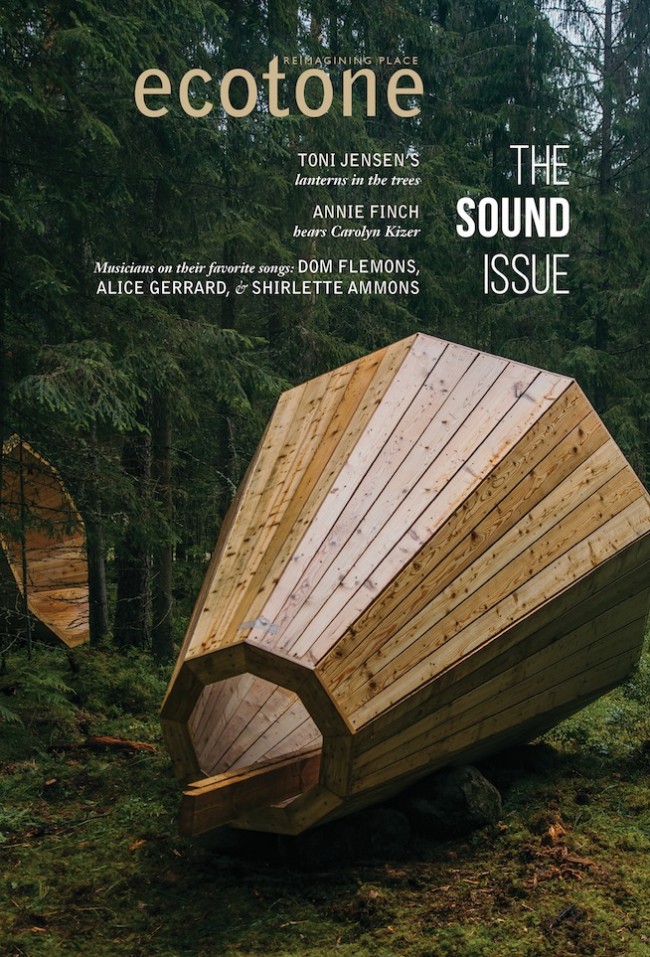