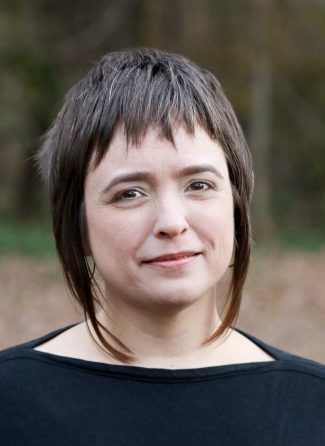 Anna Lena Phillips Bell is the author of Ornament, winner of the Vassar Miller Prize in Poetry, and the chapbook Smaller Songs, from St Brigid Press. Her artist’s books include A Pocket Book of Forms, a travel-sized prosody guide. Formerly a senior editor at American Scientist, since 2013 she has served as the editor of Ecotone and an editor of the magazine’s sister imprint, Lookout Books. During her time as editor of Ecotone, work from the magazine has been reprinted in anthologies including Best American Poetry, Best American Science and Nature Writing, Best American Nonrequired Reading, Best American Short Stories, and the Pushcart Prize anthology; has received Best Original Fiction in the Stack Magazine Awards; and has been a finalist for the ASME Award for Fiction. In addition, Ecotone was a 2017 and 2020 finalist for CLMP’s Firecracker Awards and a 2021 finalist for the Whiting Literary Magazine Prize, and won the 2022 AWP Small Press Publisher Award. An assistant professor of creative writing in UNC Wilmington’s MFA and BFA programs, Bell lives with her family near what is now called the Cape Fear River, and calls ungendered Appalachian square dances in North Carolina and beyond.

Last fall, the release of the sixth report of the Intergovernmental Panel on Climate Change was—or should have been—a wake-up call.

•Bad News in a Kind Voice

This fall I invited Adam Terando, a research ecologist with the U. S. Geological Survey, to visit with Ecotone’s editorial staff, to help us get a better collective sense of what the climate crisis means.

•In Cases of Emergency

There are times when it seems wise to choose something wholesome and healthy as a midday snack. A banana, say.

In a time when many of us have rooted in and down, while yet more of us venture out to care for the sick and provide the services that keep us all going, I have found it useful to garden, if haphazardly.

•The Work of Love

Love—word we fill up with our desires and fears, utter with sincerity, toss around carelessly—when we were deciding on the theme for this issue, it seemed perhaps a foolhardy choice. But Ecotone was entering its fourteenth-anniversary year—the number for sonnets, valentines. And we are sometimes foolhardy.

What should a literary magazine look like? What form should a magazine of place take in the physical world? These were the questions faced, some eight years back, by Ecotone’s longtime art director, Emily Louise Smith.

Oh, plastic, scourge of the Anthropocene, shaped into adorable shapes and dyed multifarious colors; plastic, who will be with us forever: it’s easy to forget about you, but when I remember you’re here, I’m annoyed and freaked out all at once.

•Letters to a Friend

It’s no secret that I’m a fan of the U. S. Postal Service. Sending and receiving letters is one of the things I love most. Here at Ecotone we’re about to have one more reason for writing letters, and for going out with hope to check our mailboxes.