After Reg Saner’s combat experience as a heavy weapons platoon leader during the Korean War, he enrolled in Italy’s Università degli Studi di Firenze as a student of Lettere e Filosophia. His prose and poetry have since appeared in more than one hundred fifty literary magazines and some sixty-four anthologies.

We Are Not Alone!

Whenever their planet’s heavily nitrogenous atmosphere “locks,” runners in a high-hurdles event can be immobilized in midleap.

In a cosmos where change is the sole mode of being, and stasis impossible, it’s common knowledge that creationists nevertheless read the Bible to say that God created each plant and animal species fully formed and immutable. Less commonly understood…
Poetry  –  Issue 3 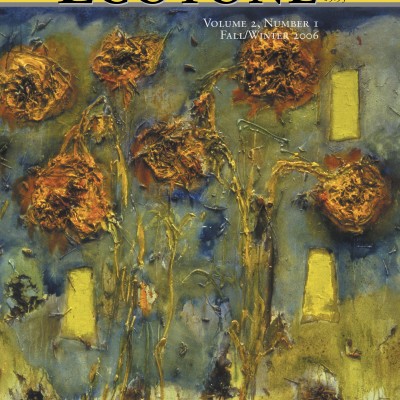 All afternoon blown snow has screamed off the summits into sky’s high-altitude cobalt. Even now as the sun dips westerly and ice crags burn gold at the edges those snow-shapes keep hurling up, dervishing so wildly away over iron peaks…
Poetry  –  Issue 3

•Lions in the Streets

Traversing our front yard, a mountain lion. Across the street, three toddlers, playing. Events not simultaneous, but with little enough distance between. In quest of its next hot meal, that prowling Felis concolor did so by night,