Lesley Wheeler’s “Doubled, Briefly” is a stealthy poem that highlights the doubling, uncanny nature of its form, the bref double.

V. Penelope Pelizzon’s poem “Some Say,” modeled very loosely on Sappho’s fragment 16,  is a stellar example of a literary imitation—a new poem based on an old poem. Your challenge is to write another.

I enjoy Jenna Le’s sonnet “Byerly’s — Fine Foods — 24 Hours” not only because I know the grocery store she writes about, but because the poem breaks out of the standard sonnet pattern in two directions at once.

Simone Muench
Inspired by Kathleen Balma’s “Sonnet after Watching Blue Planet II,” write a defamiliarized, shattered, and/or pseudo-sonnet that is also an ekphrastic poem—but instead of responding to a painting, speak to a film or TV series.…
Teach Ecotone

Anna Maria Hong
In the mode of Simone Muench and Jackie K. White’s “Queue,” draft your own feminist collaborative sonnet. Have one person write the first and third stanzas, and the other person compose the second and fourth stanzas,
Teach Ecotone

Lesley Wheeler
Romanze” by Anna Maria Hong is a twisty poem full of echoes—and full of allusions. I recognize fragments of Wallace Stevens: “imperishable bliss” from “Sunday Morning,” plus those “bawds of euphony” crying out against Stevens’ blackbirds. And it’s euphonious,
Teach Ecotone

•Writing Away from Closure

Jenna Le
Chad Abushanab’s poem “Here on Earth” smoothly combines the overarching shape of a Shakespearean sonnet with the ABCB rhymes and tetrameter rhythms more common to ballads and hymns to create a tender, limpid hymn of loss. This gentle blending of…
Teach Ecotone  –  Issue 28 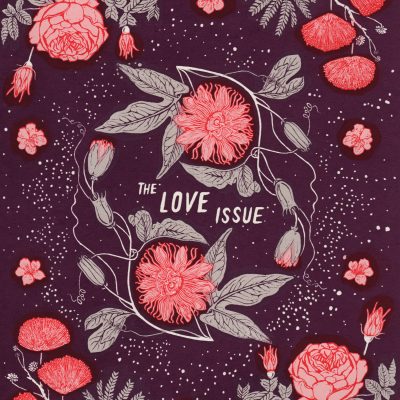 A series of poetry-writing prompts, based on poems in the Love Issue